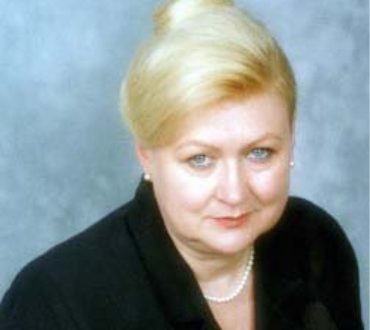 Prof. Dr. Dona Kolar-Panov was educated in Croatia, Canada, and Australia. She received her PhD from Murdoch University, Western Australia, where she taught (at the School of Humanities) from 1989 to 1995. She moved to Skopje, Macedonia in 1995 and was the Head of the Postgraduate Department at the Institute for Sociological, Juridical and Political Research at the Ss. Cyril and Methodius University in Skopje (from 1995 to 2006), where, in 1997, she founded the first Postgraduate Studies in Communication and Media in Macedonia, at Master’s and Doctoral level. She is considered to be the founder of Communication and Media Studies in Macedonia.

Prof. Kolar-Panov was a visiting professor at numerous universities worldwide, including the University of Vienna and the University of Zadar, and served as a program director at Inter-University Centre Dubrovnik (IUC) where she taught graduate courses and seminars from 1997 to 2006.

Her pioneering work in the field of the New Media and Communication, and in Media and Communications in general, and as well as her interdisciplinary approach in research, resulted in numerous books and other academic publications; the most cited book being Video, War and Diasporic Imagination published by Routledge in 1997 (republished 13 times) and published in paperback edition in 2014.

She organized and chaired two international communication conferences on blogging and social media, held at the New York University, Skopje, in 2008 and 2009, first ones on those topics in Macedonia and Western Balkans.

Prof. Kolar-Panov was a member of the Expert Group for Curriculum Design and Accreditation for the first School of Journalism and Public Relation in Skopje, and a member of the Founding Committees for the School of Journalism and Public Relations, in Skopje (Visoka skola za novinari i odnosi so javnost). She was also the President of Founding Committee for the Institute of Communication Studies, Skopje.

Prof. Kolar-Panov was also a member of the Founding Committee for the Institute of Social Sciences and Humanities, where she has been teaching courses on graduate- level courses since 2011, and is the President of the Academic Council, since 2014.

In 2013, Prof. Kolar-Panov received the prestigious international PRO-PR Award for the outstanding contributions in the fields of Communications and Public Relations in South-Eastern Europe and is considered to be the founding professor of Communication and New Media Studies in Macedonia.

She was the Dean of the Faculty of Communications from 2011 to 2014 at International Balkan University in Skopje. In September 2017, Prof. Kolar-Panov was awarded the title of Professor Emeritus of Communication and Media Studies at International Balkan University in Skopje, Macedonia, where she continues teaching at undergraduate and graduate level.