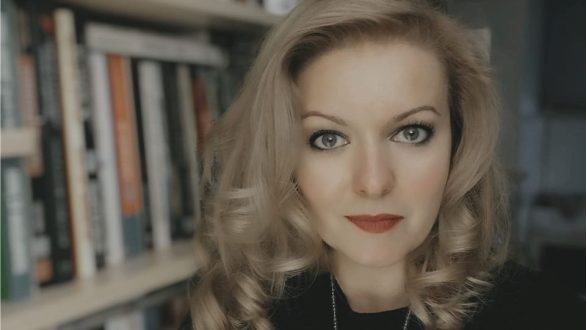 Viktorija Borovska is Program director and Associate professor – Researcher at Institute for Social Sciences and Humanities- Skopje. She holds a Ph.D. in Sociology. She has worked on many projects in the area of social sciences and humanities. Selection of the recent research projects and positions: Researcher “Independent Context Watch”; Coordinator and researcher from the Macedonian partner of the regional project: “Religion in Western Balkan societies” Project Researcher: Analysis of Gender Issues in Program Concepts and Content of the Mass Media and Analysis of the Presentation and Presentation of Women and Men in Program Concepts and Content; Researcher and coordinator of the public opinion research of the project: Research on Gender Equality in the Municipality of Polog Region as part of Equality and Gender Mainstreaming Across Borders; Researcher: “Official Language Usage in Municipalities in the Republic of Macedonia”; Researcher: “Skopje 2014 Project and its Effects on the Perception of Macedonian Identity Among the Citizens of Skopje”; Project researcher: “Ethnic and Gender Inclusion in the LGBTI Movement in Macedonia”; Trainer of trainings organized by the Institute of Social Sciences and Humanities – Skopje: “Gender equality as a social value and policy making for its introduction in the practice of institutions and society”, Researcher of the project Gender, Migration, Intercultural Relations- Ge.M.I.C; founded under FP 7- Cooperation -.Socio-economic Sciences and Humanities.

(2017) “Study on the Presentation and Presentation of Gender in the Media in Macedonia”, co-author, Agency for Audio and Audiovisual Media Services, Skopje https://avmu.mk/wp-content/uploads/2017/05/ Истражување-родови-2017.pdf

(2015) “The State of Equality in Decision Making and Promotion of Gender Equality in the Polog Region”, co-author, Akcija Zdruzenska, Skopje http://zdruzenska.org.mk/wp-content/uploads/2015/11/Izvestaj-Sostojba -so-ednakvosta-vo-odlucuvanjeto-Poloski-region-FINAL.pdf

(2013) “Who Owns Alexander the Great? A Question of EU Enlargement”, Institute of Social Sciences and Humanities-Skopje, 2013, Co-author, ISSHS, Skopje https://www.isshs.edu.mk/wp-content/uploads/2017/05/Who-owns-Alexander-the-Great-A-Question-Upon-Which-EU-Enlargement-Relies.pdf